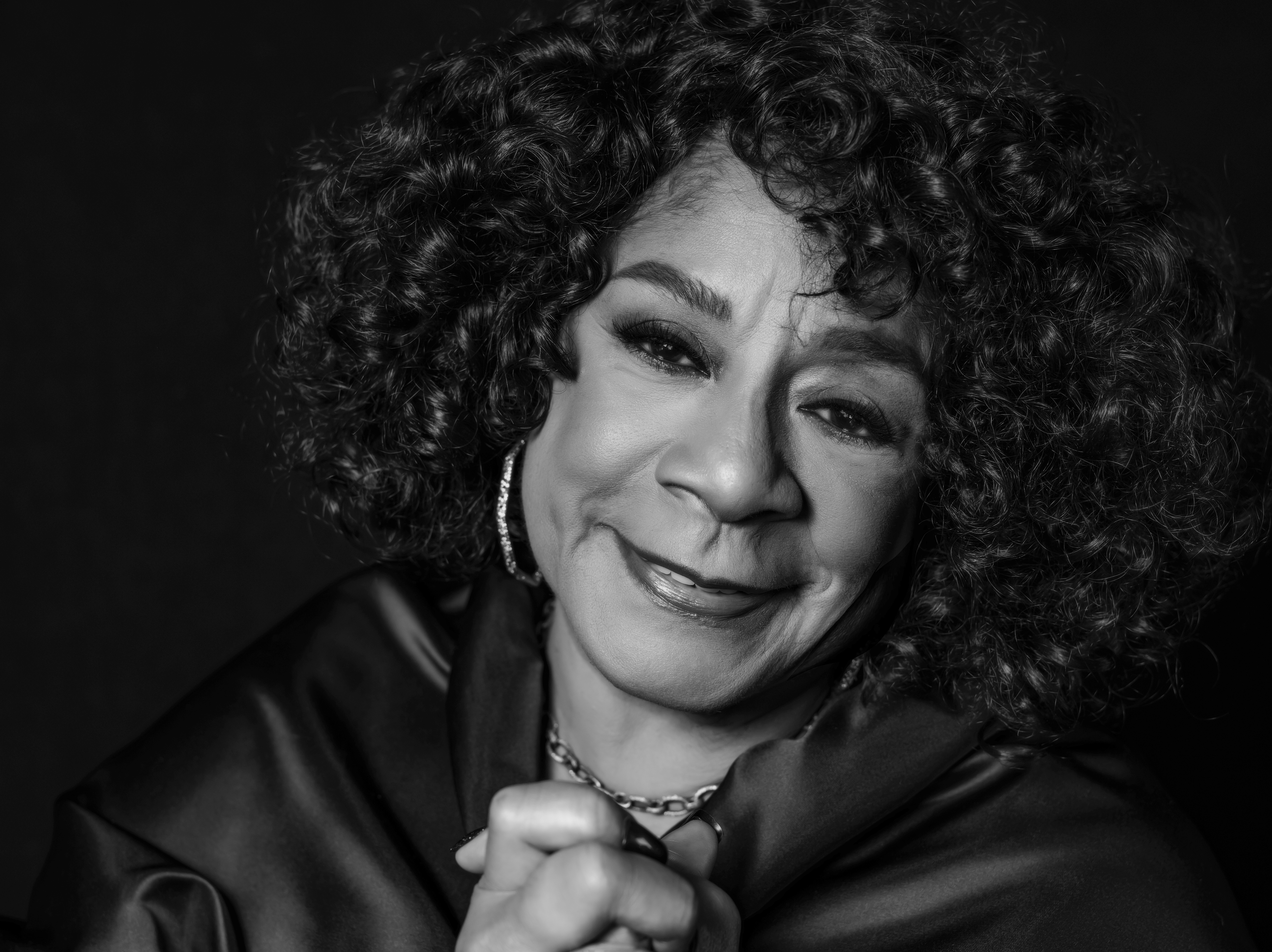 Clayton was ready to take her stardom to the next level, but these plans were put on hold after going through car accident that left her without both legs. // Courtesy of the artist, Mathieu Bitton

When the Rolling Stones released "Gimme Shelter" in 1969, everyone recognized Mick Jagger. But at the time, no one knew who that voice – you know the one – belonged to.

It was Merry Clayton, one of the most in-demand back-up singers of her day. From Bobby Darin to Lynryd Skynyrd to Coldplay, artists have wanted this amazing voice to be a part of their music. Clayton was profiled in the documentary Twenty Feet from Stardom, which won an Oscar, raising her profile higher than ever and spurring big plans to finally step twenty feet closer to her own stardom.

"We talked about recording again, and touring and doing the whole bit, but when the accident happened, everything stopped," Clayton says, a gospel record playing in the background. The accident she's referring to happened on June 16, 2014, just three months after the Academy Awards. She thought there was something wrong with her car, so she pulled to the side of an L.A. freeway. When she tried to rejoin traffic, a car crashed into hers. "This car came around the corner and just creamed my car. He T-boned me," she remembers. "And it just broke both of my legs. I saw my legs just go to the right."

Clayton was rushed to the hospital. She woke up after surgery to a new reality. The doctors came in apologizing, saying they had to make some harsh decisions, including amputating both her legs from the knees down. "I just looked at them and said, 'Really? Well, did anything happen to my voice?' "

Clayton began to sing right there, in her hospital bed. Fortunately, nothing happened to that special voice and, at that point, she says she put her faith in God. Also, in Lou Adler, a giant in the music world behind the signing of The Mamas and the Papas; producer of Carole King's Tapestry and co-founder of the Monterey Pop Festival, which helped launch the careers of Jimi Hendrix and The Who. Adler has been one of Clayton's dearest friends since 1969 – she calls him "Uncle Lou."

At the time, Clayton had been in the hospital for almost four months; Adler would talk to her, urging her to get better so she could return to singing. "I'm looking at him, saying, 'Sing again?! I'm not interested in singing again. I'm interested in trying to get well!' " Adler would respond positively, saying she would certainly get well. But when that time comes, he insists that Clayton has got to sing. " 'OK,' I said. 'We'll revisit that.' "

Now, almost seven years after her accident, Merry Clayton is back with a new solo album, Beautiful Scars.

Merry Clayton spoke with NPR's Rachel Martin about the genesis of Beautiful Scars, Diane Warren's involvement and what the title track means to her. Hear the radio version at the audio link, and read on for an edited transcript.

This interview has been edited for length and clarity.

Rachel Martin: This was going to happen whether you wanted it to or not, it sounds like.

Can you tell me about the title track, "Beautiful Scars"? This was written by Diane Warren, right?

Diane — one of the most successful pop songwriters of the past 40 years!

In the world! A legend and a "B" — a badass — excuse my language! She's a legend, that's exactly what she is.

When we heard the lyrics, it was so heavy and so beautiful. We were all going different directions – I left out one door, he left out another door — because we were all crying. [Quoting from the song] "These are beautiful scars that I have on my heart."

[Quoting from the song] "I wear it proud, like a badge. I wear it like a tattoo." Well, that's my story. Because my scars are beautiful. They're not ugly. "If you make it through anything in life," my godmother, Della Reese, told me. She said, "You're not gonna get through life without some type of scar. But if you make it through – that's your victory right there."

On Baker's new album, there's no shying away from the tough stuff.

Though these songs may sound like they were inspired by the pandemic, Aaron Lee Tasjan's had an anxious mind since before the lockdown.

NPR Music hosted online listening party for the anniversary of Sharon Van Etten's breakthrough album, featuring a live conversation with Van Etten herself along with Shamir.