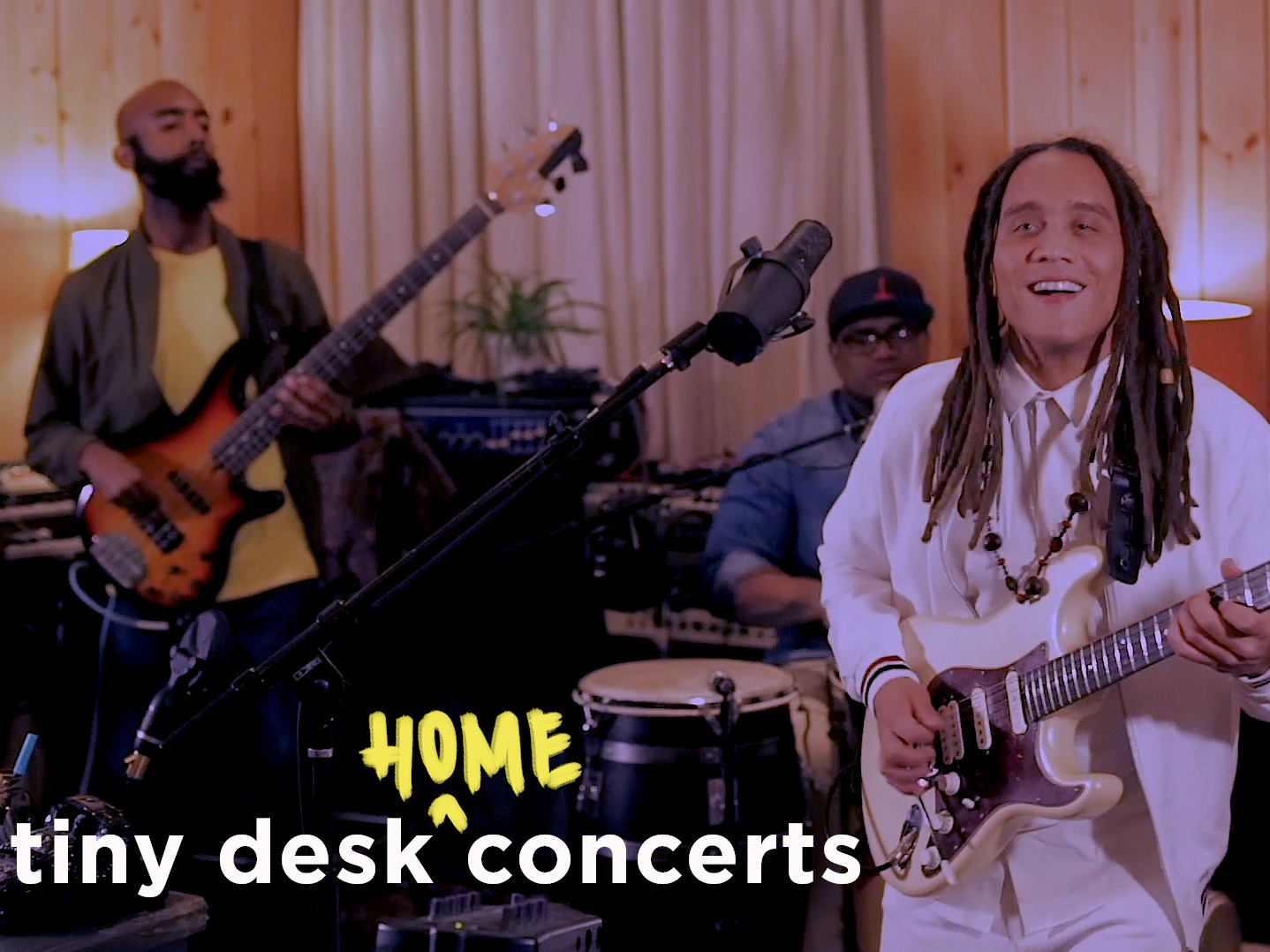 Every year, NPR Music participates in the SXSW music festival, whether it's curating a stage or simply attending hundreds of shows at the annual event in Austin, Texas. Last year, the festival was canceled due to the pandemic, but it returned this March as an online festival. We programmed a 'stage' of Tiny Desk (home) concerts and presented them on the final day of the festival. Now, we present to you Tiny Desk Meets SXSW: four videos filmed in various locations, all of them full of surprises.

If only I could have experienced Yasser Tejeda & Palotré at one of the bars along Austin's Sixth Street. Tejeda, a New York-based guitarist from the Dominican Republic, started his musical career on the Dominican cuatro (a folkloric guitar-like instrument) and has incorporated guitar stylings that have made him a "go-to guy" for Dominican artists looking for passionate elegance in their sound.

Yasser Tejeda and his band Palotré begin their set behind a home desk with "Amor Arrayano," weaving a vaguely Caribbean feel with a killer R&B hook. After a brief introduction of his bandmates Tejeda launches into "La Culebra," the track that caught my attention from their album Kijombo. Palotré is a powerful groove machine behind Tejeda's virtuosic guitar playing and his playful dance moves.

Tejeda has stated one of the goals of this project is to explore the crossroads between Afro-Dominican musical traditions with anything else that pops onto their radar. Their final song here,"Nuestras Raices," has become one of my favorites because I hear the essence of Africa mixed with jazz and maybe a hint of heavy metal, as Tejeda steps on his distortion pedal to kick the band into overdrive with guest tenor saxophonist Mario Castro in tow.

I won't spoil the surprise, but be sure to stay until the end.

On Baker's new album, there's no shying away from the tough stuff.

Though these songs may sound like they were inspired by the pandemic, Aaron Lee Tasjan's had an anxious mind since before the lockdown.

A Complete Playlist About 'Strumming The Six String'

What are the best songs about literally playing the guitar?

A Hole In Our Hearts: Live Performances By Musicians We Lost In 2020

Mountain Stage celebrates music from those we lost in 2020 with performances by Jerry Jeff Walker, Tony Rice, Billy Joe Shaver and John Prine.