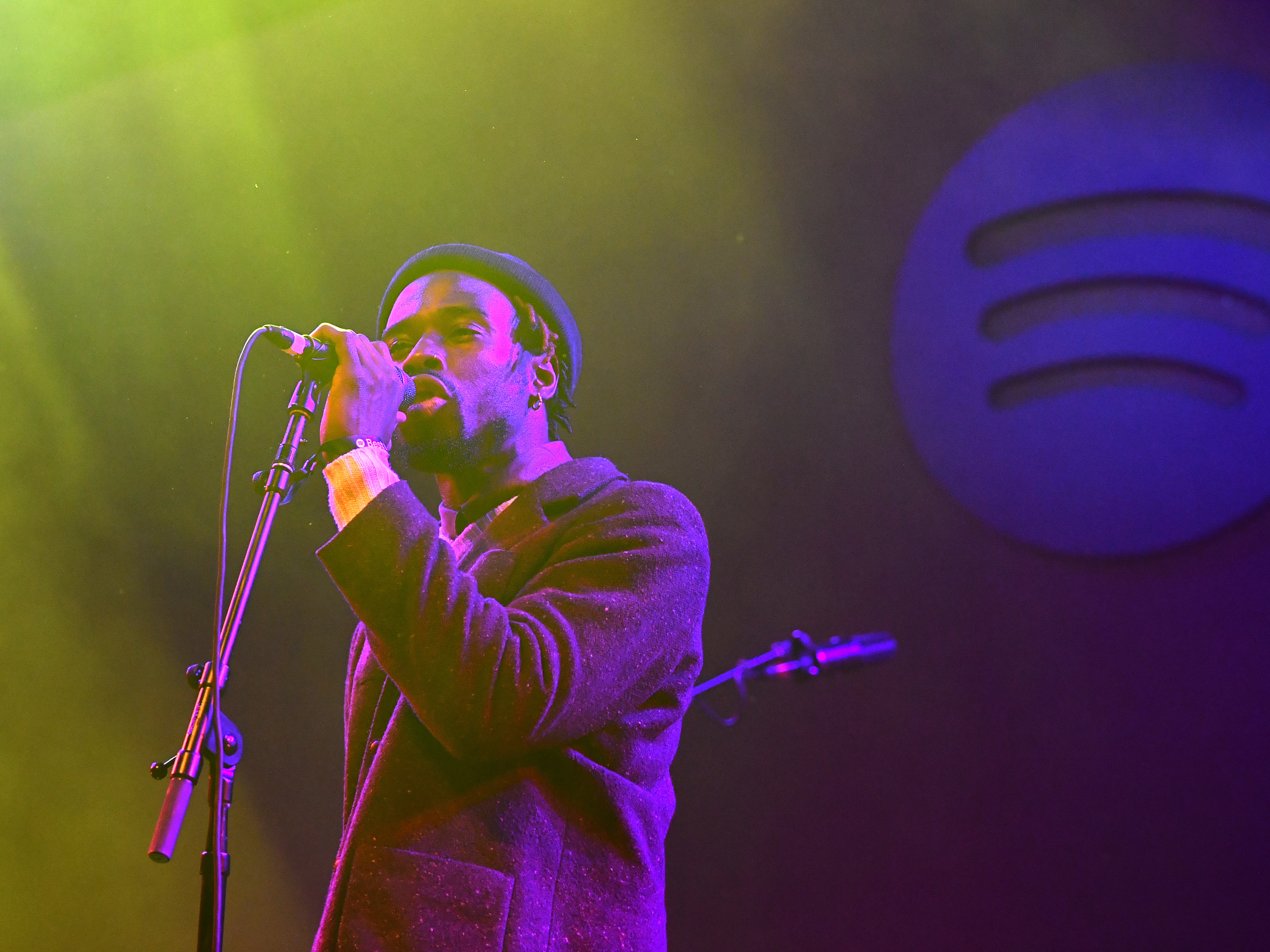 Eric Burton of Black Pumas is one of KUTX's artists to watch. // Getty Images for Spotify, Emma McIntyre


For Black History Month, KUTX is featuring some of the Black artists currently shaping the Austin music scene. Here are nine artists we think you should have on your radar.

Singer-songwriter Torre Blake is one of the most exciting voices in Austin music right now. Blake's been passionate about music since she was a child, and her first forays into writing songs started in high school when she was inspired by artists like Ms. Lauryn Hill and India.Arie. She got serious about music after college and has since played SXSW and headlined Sofar Sounds shows.

In 2020, she released the singles "Ain't Thinkin'" and "For You." Both bring to mind artists like Amber Mark and Solange — stripped-down and experimental production leaves room to showcase Blake's primary instrument: her rich and expressive voice. —Elizabeth McQueen

Born and raised in Bastrop, Texas, a small town just 45 minutes away from Austin, Deezie Brown is making his voice heard in a major way with influences from Southern hip-hop like Atlanta's OutKast to Texas hip-hop greats DJ Screw and UGK.

Deezie started creating mixtapes in his early teenage years by collecting blank tapes and recording with his boombox while using beats from his family's cassette tape collection. He released his first album, Judith, in 2018, which included the hits "Toast to Balenciaga Before You Go" and "Drive."

The Texas native collaborated with former NBA superstar Chris Bosh-turned-producer on the single "I Want It All" as a tribute to Kobe Bryant and released by Bosh's record label Daddy Jack Records. Deezie dropped the album Candy Blue Like Screw with Smithville native EC Mayne in 2020 where they took listeners on an epic historic journey of the authentic roots of Texas hip-hop with tracks like "South End."

Brown has performed at prominent music festivals including SXSW, Underground Music Showcase, and Austin's inaugural Summer Jam. He most recently dropped the EP Geto Gala in collaboration with Jake Lloyd. Deezie Brown continues to impress with his lyrical content and his creative edge that helps him stand out from the crowd while remaining true to his Texas hip-hop roots. —Miles Bloxson

In April 2019, a high school Arts Festival was held in Austin, and I had a hand in getting Black Pumas vocalist Eric Burton there to do an interview. Though the single "Black Moon Rising" had been out and getting attention since 2018, the band's eponymous debut was still a couple of months from release. Turnout for the interview was disappointing, but Burton was undeterred. For every question he was asked, Burton would turn directly to the small audience of students and engage them face to face. He exuded the same magnetism on stage in front of over a thousand people the last time I saw the Pumas play, at their Austin City Limits TV taping later that summer. By then, the album was rising in the charts, and the band, and back from a triumphant tour, seemed transformed — especially Burton. He prowled and commanded the stage like a polished veteran.

Yet it was late into high school before the young African-American teenager had any notion at all of being a musician. Trying his hand at singing in the church, Burton enjoyed the experience. He later fell in with a couple of buskers. The trio performed cover songs for tips on the Santa Monica pier, and later they traveled, busting up when they landed in Austin. Burton decided to stick around, performing on Congress Avenue, meeting people, trying to figure out his next move. That would prove to be a sitdown with producer and guitarist Adrian Quesada, who was searching for a vocalist for his next project. What Quesada got instead was a budding songwriter with a pocket full of demos. From the beginning, their partnership flourished, culminating in the meteoric rise of their debut album, fueled by the success of the hit song "Colors." Its chorus, "All my favorite colors, my sisters and my brothers," rang out as an anthem against the Trump era.

The pandemic flattened the Pumas' trajectory. Burton went back to family in New Mexico, and the band shut down operations, making do by providing some unreleased material to hungry fans. So it was great to finally see them back performing together on stage for Biden's inauguration this January. And on March 14, the Pumas find themselves up for three of the top 2021 Grammy Awards — album of the year, record of the year ("Colors"), and American roots performance. Still not that far removed from his formative years, Burton's rise has been unprecedented. They're not an Austin band any longer, they belong to everyone now, and the world is waiting to see what they do next. —Jeff McCord

Hailing from the University Hills neighborhood in Northeast Austin, Cha' Keeta B has been a force in the Austin rap scene since 2011 and the release of her debut mixtape, The Incomparable.

Cha' Keeta has helped blaze a trail for women in music in Austin, from creating her own festival, Kinky Curly Coily Fest, to her ATX Cyphers that help shine light on other artists in Austin. With her 2018 release, Incomparable 2, and her 2020 release, Lover's Lane, Cha' Keeta B has worked herself into the forefront of Austin artists. —Aaron "Fresh" Knight

Born and raised in the Colony Park neighborhood on the Northeast side of Austin, CP Loony began rapping at the age of 13. Loony began to take his rapping career seriously in October 2019 when he released The Rebel Tape, which was met with local acclaim by radio stations and newspapers. CP Loony followed up The Rebel Tape with the seven-track EP American Rebel in June 2020, staying consistent to his melodic rapping style while insightfully discussing the inner and outer struggles he faces as a black man in America.

Loony's heartfelt rhymes and attention-grabbing harmonic delivery, along with carefully picked, immaculate production, are chosen to resonate with those who come from a similar background of real struggle. —Confucius Jones

It's not often that your first producer credit results in a Grammy win, but for producer, songwriter and rapper Malik (Brian Malik Baptiste), that's how it went. The Austinite's work first peaked the interest of artist management group Since the 80's, which lead to a beat-making session with Arianna Grande collaborator Tommy Brown. This session became the R&B groove "Better Off" on Grande's 2018 Grammy-winning album, Sweetener.

Since then, he continued his collaboration with Grande and was taken under the wing of legendary producer No I.D. (Jay-Z, Kanye West). Now signed to No I.D.'s ARTium Recordings, Malik shows his strengths with his latest album, Spectrum, an album equally inspired by the Pixar movie Inside Out as much as Malik's musical influences Kanye and Tyler, The Creator. As a producer for a big pop star or as a solo artist (my bet is on both), Malik has a long successful career ahead of him. —Deidre Gott

Nayome is an R&B singer based out of Tyler, Texas, with a knack for dreamy melodies and accessible lyricism.

Maybe more importantly, Nayome knows how to transform those talents into spectacular live shows, where her arrangements can pack a punch and her stage presence shines. Nayome says she enjoys watching her music evolve in the studio, but told KUTX "It's one thing to sing to track, but it's another to perform fluently with a band, and I really fell in love with that." —Felix Kimbrell

Riders Against the Storm

Riders Against the Storm (RAS), a husband-and-wife hip-hop movement consisting of Jonathan "Chaka" Mahone and Ghislaine "Qi Dada" Jean, moved to Austin in 2009. The duo were the first hip-hop group to be awarded band of the year, by the Austin Music Awards and has won the title a total of three times. The city of Austin proclaimed August 29 Riders Against the Storm (RAS) Day in 2013. The couple even has a RAS DAY Festival, an all-day, family-friendly festival that inspires unity and is filled with diverse musical performances, health-conscious food tastings, and interactive activities for all to enjoy.

Chaka and Qi Dada have traveled the world and shared stages with some of the biggest names in music including Nas, Black Pumas, Erykah Badu and so many more. Riders Against the Storm continues to uplift, educate and give back to the community in all ways possible while touching lives through their music and philanthropy. Their new album, Flowers for the Living, was just released on Feb. 22. —Miles Bloxson

East Austin native TEDDYTHELEGACY officially started making music in 2011, and in early 2014 he founded his record label ALUMNIÌI Co. In 2016, he dropped a project called Headed II the South and two years later he put out the album Nice Guys Always Finish Last. After the release of his album Posterchild. in 2019, he popped up on numerous radars with the hit "Red Lights."

Last year was a big year for Teddy. He was selected to be an official showcase artist at SXSW for the first time. He also made his debut at KUTX's third annual Summer Jam and released his seventh project, which he aptly named Seven. The project includes the track "Risky," which touches on many topics including police brutality and how it has affected him and his family, gentrification in Austin, and the pandemic.

TEDDYTHELEGACY continues to evolve as an artist, expand his brand and heal others through his music, all while embracing his East Austin roots in the process. —Miles Bloxson 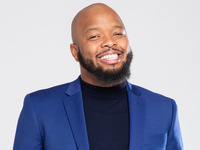 Actor and comedian KevOnStage spends a considerable amount of time waving the Tiny Desk flag for his millions of followers. We wanted to make this official, so we asked him to share his favorites.

Couch By Couchwest: Real Discoveries From A Virtual SXSW

The 2021 South by Southwest music festival took place entirely online, but that didn't stop Bob Boilen from seeing dozens of performances. Watch a few of his favorite sets here.

The 2021 SXSW Music Festival was an all-digital affair — which left All Songs Considered host Bob Boilen with lots of streaming concerts to watch. He picks standouts from the 130 shows he saw.

The Tiny Desk space — both at the D.C. office and now in our (home) concert series — has been host to several Grammy winners over the last 13 years.